The very first day of school is just as crazy for the teachers as it is for the students, especially for a first year teacher. You are given a roster of names, sometimes with old school photos to access if you’re lucky, and expected to be able to manage every single strange name from the moment they walk into your room. I read countless blogs (see my favorites below) and articles in hopes that they would prepare me for the first day, but of course the best way to learn is through experience.

Something that helped with a lot of possible struggles was having assigned seats for my students before they even entered the classroom. We have posture chairs in our classroom, so before the first day of school I put made a seating chart for each class. I split the groups so that one half of the room had girls, the other half had girls and in between were all the boys-the way I form all of my choirs for rehearsal and performance. Using my roster and the old school pictures that are provided in our Powerschool I was able to determine the gender of all of my students even though some of their given names don’t make it that easy. Then, for each chair I labeled pieces of colored masking tape #1-#6 (for six different classes) and wrote the name of the student that would be sitting in that chair. Although this was a lot of work and the seating chart was changed dramatically the next week after some voice placement exercises it took a lot of stress away from myself and the students.

When the students entered the classroom on the first day I greeted them and marked their attendance and then told them to find their name on the back of a chair. That allowed me to see immediately which students would follow directions easily and which students would need more direction even for simple tasks. It also didn’t put students under the pressure of finding someone to sit next to, an unbelievably big deal for my ten to thirteen year old demographic. There were only a handful of students that whined about not sitting next to their friends, but all were appeased when I told them the seats were not completely permanent.

After settling into their seats and hearing the monotonous-but necessary-classroom rules/procedures I had students complete a fun activity that allowed them to show their personality. I modified the activity from something math-related I found on Pinterest. Before school started I created an empty bulletin board that simply said “Music is…”. Students was given a post-it note and a permanent marker and the choice to write about whatever “music is” to them. They then put their post-it notes on the bulletin board which has remained untouched through Mid-December. It allowed me to see how serious or silly certain students were. For example, one eighth grader wrote “Music is a passionate piece of art used to calm the angry and excite the bored,” while one sixth grader wrot, “Bae Yassssss!” I think I will be doing a similar activity on the first day back from Winter Break and having them put something they’ve accomplished in 2015/something they want to accomplish in 2016. The kids still to this day love looking back at the post-it note board and finding what they wrote. I will definitely be using this activity (or one similar to it) every first day of school.

One thought on “The First Day for Dummies” 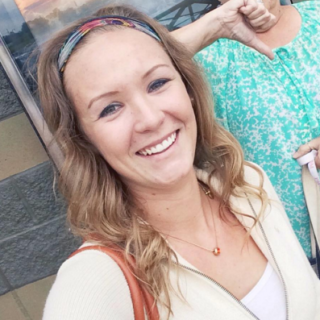 My name is Chelsea and I'm a 24 year old music teacher in Cincinnati! I taught middle school choir & high school show choir for two years, but am now venturing into the world of K-6 elementary music! In my spare time, I lead a team of forty women who I coach towards their health & fitness goals. I also am a YouTube vlogger, planner addict, monogram lover, and stage mom to my chihuahua who has appeared in local theater productions.